Two Hours Instead of Months 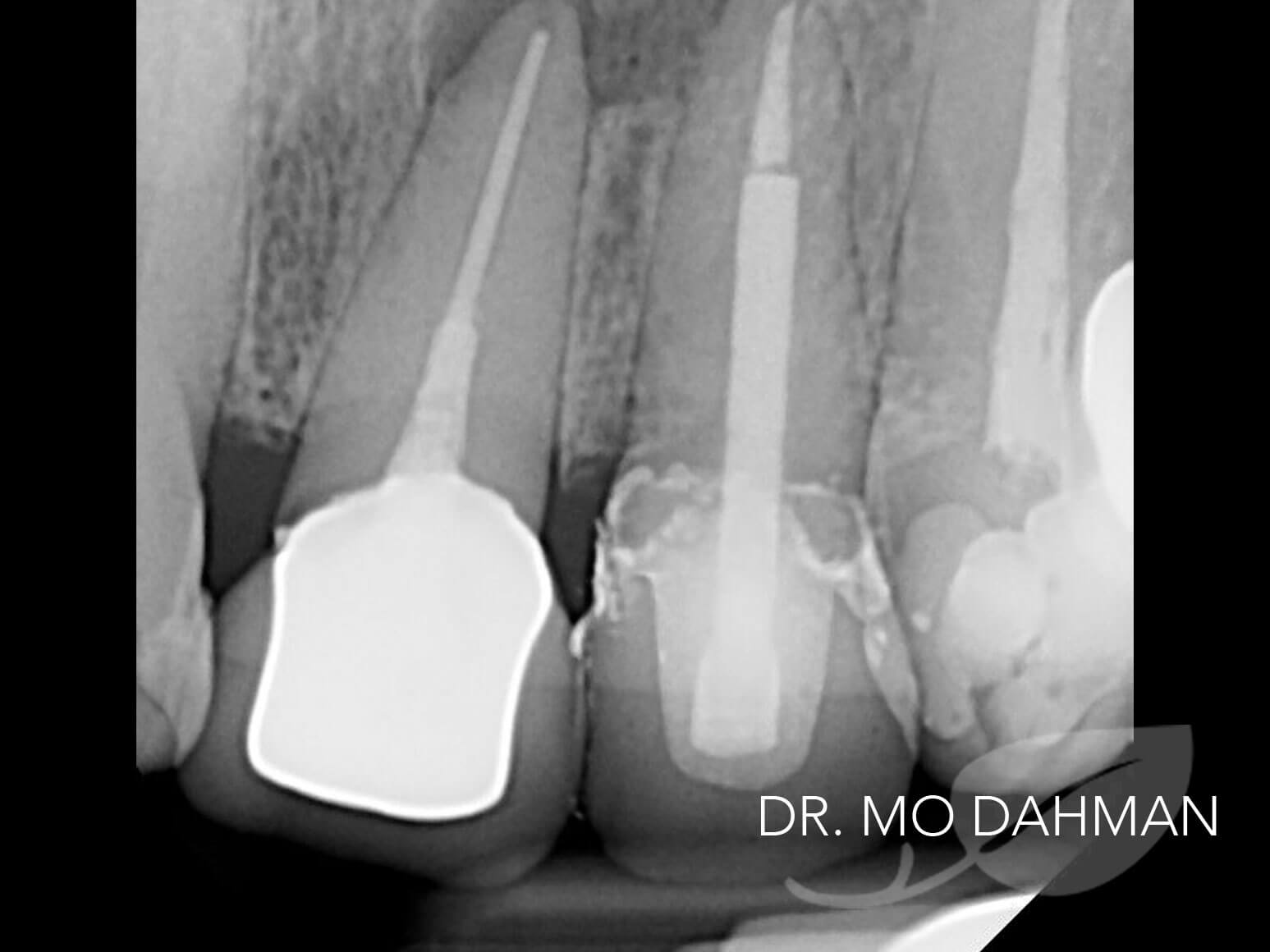 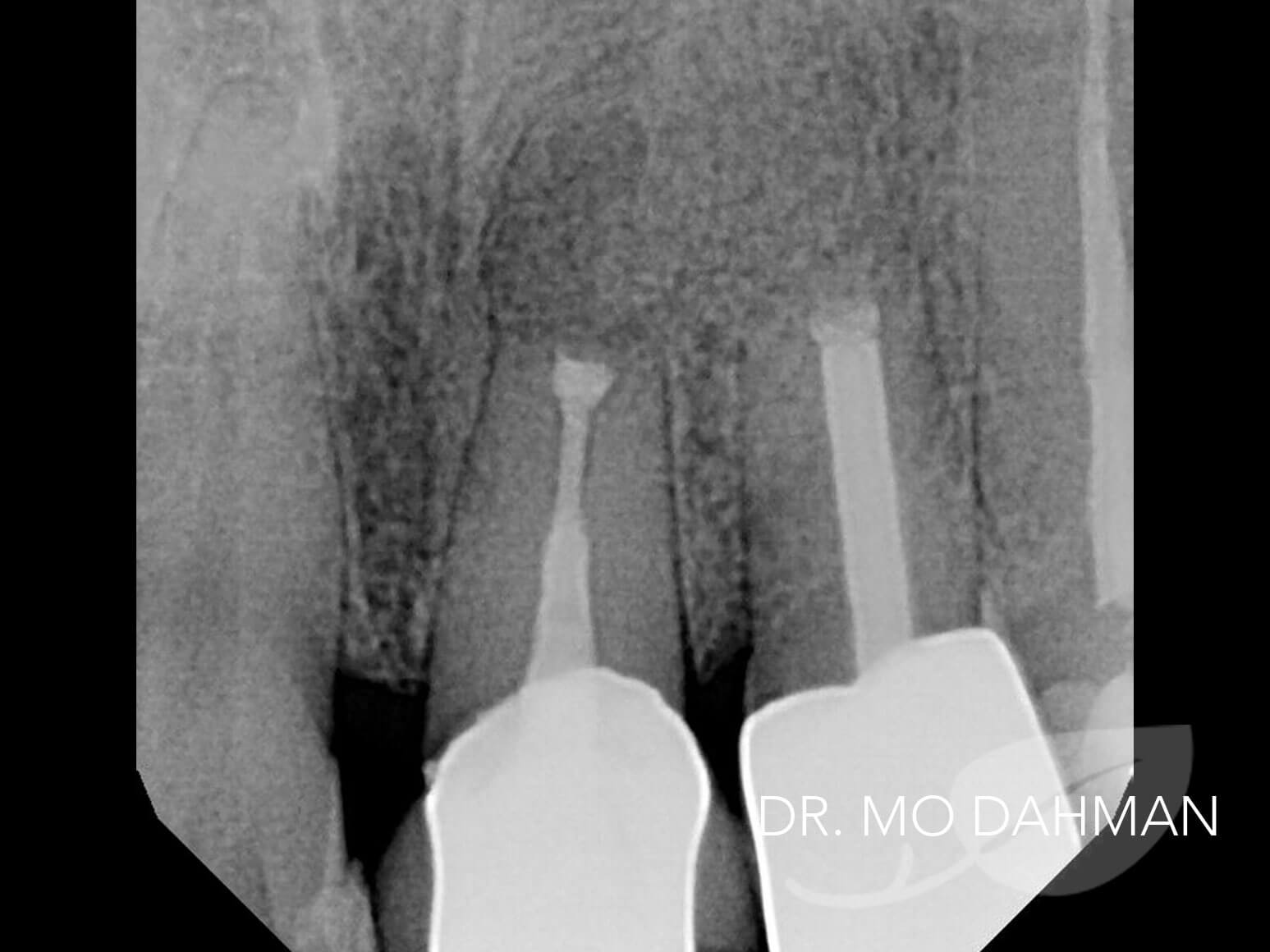 This patient scheduled a dental appointment with us because of an infection she had around the old root canals of her front teeth that had been performed by another dentist. She wanted a second opinion on treatment for her dental condition.

Her prior dentist had advised her to remove both the posts and crowns from her teeth, have her root canals redone by a specialist, then either have new posts and crowns placed or get two new dental implant restorations. The cost and time for either of these options was prohibitive, and way more than she hoped to have to undergo.

Fortunately, Dr. Dahman was able to pinpoint an easier solution. Instead of taking either route suggested by the prior dentist, he was able to quickly solve the patients issue by making a small incision in the gum where the infection was. He was able to cut back the diseased root tips and fill the canals from the back end instead of through the top. He then grafted the bone defect and closed the incision.

Dr. Dahman’s breadth of experience allowed this patients problem to be solved in one single two hour visit. It did not require a specialists, and he best of all he was able to preserve her teeth, their posts, and their crowns. In as little as two hours, Dr. Dahman was able to save this patient months of dental work and appointments and what would have otherwise cost thousands of dollars in unneeded dental treatments.